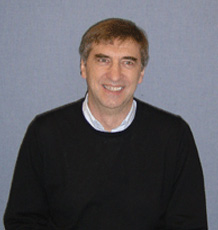 Neil graduated from Loughborough with BEd and MSc degrees and earned his PhD and Higher Doctorate (DSc) at Exeter. He has been awarded Honorary Doctorates by Universities in Europe and North America. Neil was appointed to Exeter in 1984 and was promoted to the first UK University Personal Chair in Sport and Health Sciences in 1992. He initiated the study of sport science in Exeter, founded the Children’s Health and Exercise Research Centre in 1987 and established the Department of Sport Science in 1998. He served as Head of the School of Postgraduate Medicine before founding the School of Sport and Health Sciences in 2002. He was appointed Deputy Vice-Chancellor in 2005 and served as Senior DVC and then as the University’s Inaugural Provost until 2014 when he decided to return to his research and writing.

Neil chaired the Sport Science Panel in the first two HEFCE Research Assessment Exercises (now REF). He was the first scientist to be awarded Fellowship of the British (FBASES), European (FECSS) and American (FACSM) Colleges of Sports Medicine/Science and he is the only person to have chaired both BASES and the Physical Education Association of the UK. He has chaired the Board of European Pediatric Work Physiology (PWP) since 2005. He served two terms as Chair of South West Sport (Ministerial appointment) and he chaired the South West 2012 Olympics Legacy Project. Neil led the physiology team in the development of the International Olympic Committee (IOC)’s guidelines for training elite young athletes. Over the last 20 years he has been a chair or member of numerous International Expert Committees (including those of IOC, WHO, FIMS, PWP, EUPEA and FIG) focused on the promotion of children’s sport, fitness, health and well-being.

Neil’s research won the first (and to date only) Queen's Anniversary Prize for Higher Education to be awarded for research in sport and exercise medicine. The Queen’s Anniversary Prize, awarded for ‘world class work which is of outstanding quality and importance to the nation’, was presented by HM the Queen at Buckingham Palace.

An active sportsman in his youth, Neil represented England at under15, under18 and University level and played professional football for 10 years. He remains a dedicated and optimistic supporter of Newcastle United despite the fact that they have not won a domestic trophy since 1955.

Neil’s research in the 1980s was the first to identify UK children’s low levels of physical activity and to link it to a potential obesity epidemic. The media coined the phrase ‘couch potatoes’ to describe his data. His subsequent research focuses on paediatric physiology and encompasses the continuum from elite young athletes through normal healthy children to young people with health problems.

Neil has authored/edited 17 books, contributed over 100 invited book chapters, and published over 300 scientific, peer-reviewed papers on paediatric physiology and children’s health and well-being. He has been invited to make keynote presentations to conferences in 45 countries and he has co-authored over 600 papers to international and national conferences. Neil’s research has been featured internationally in over 300 television and radio programmes some of which have been repeated 15-20 times. The data have generated questions in both Houses of Parliament. Neil has been invited to address Members of Parliament at the House of Commons on several occasions, and Ministers of Education and of Sport have invited him to private audiences in the Palace of Westminster and visited the Research Centre to discuss the implications of his findings for children’s sport, health, and well-being. He was invited to a private audience with Prince Philip at Buckingham Palace and HM the Queen has visited the Research Centre to see his research team in action. Neil’s research won the first (and to date only) Queen's Anniversary Prize for Higher Education to be awarded for research in sport and exercise medicine. The Queen’s Anniversary Prize, awarded for ‘world class work which is of outstanding quality and importance to the nation’, was presented by HM the Queen at Buckingham Palace with the citation:

"The Children's Health and Exercise Research Centre has established Paediatric Exercise Science as an academic field of study in this country and is now a leading world centre.  The promotion of more active lifestyles, and understanding the benefits of healthy living have become part of the agenda for many young people as a direct result of its work"

Chair of the British Association of Sport and Exercise Sciences

President of the Physical Education Association of the United Kingdom

Chair of the Board of European Pediatric Physiology (PWP)

Neil has authored 17 books and contributed over 100 invited book chapters. His book 'The Oxford Textbook off Sport and Exercise Medicine (3rd Edition)' edited with Willem van Mechelen was highly commended and shortlisted for the British Medical Association Book of the Year. He edited the European Journal of Physical Education for 5 years and he is currently Deputy Editor-in-Chief of the Journal of Sport and Health Sciences. He has served on the Editorial Boards of 12 journals, acted as an expert reviewer for over 60 journals and edited 7 Special Issues of Journals. He edited the Book Series ‘New Directions in Physical Education’.

Over a 25 year period Neil’s research has been regularly and prominently featured in the national press and on over 300 national television and radio programmes such as Panorama, BBC and ITN National News, Medicine Now, the Education Programme, PM, Clean Slate, On the Line and TVAM etc. A Dispatches programme, "Sick at Heart", focused on the Coronary Prevention in Children Project which is based in the Centre and has become the most widely internationally distributed and repeated Dispatches programme. Other television programmes have been broadcast world –wide and some have been repeated 15-20 times. This intensive coverage increased public awareness of children's current lifestyle and the need for change.