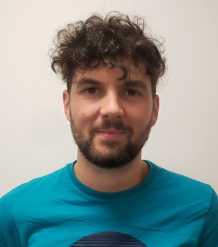 I completed my undergraduate degree in Physics at Royal Holloway, University of London and my Masters degree in Sports Biomechanics at Loughborough University. With a particular interest in mathematical and computer simulation modelling of the human body. I subsequently joined the University of Exeter to undertake a PhD scholarship in Sport and Health Sciences. My PhD focussed on beam theory and finite element modelling approaches to estimating the stresses in the second metatarsal of runners, with a focus on developing models to investigate stress fracture risk in this population.
Following my PhD I joined the University of Lincoln in 2020 as part of a knowledge transfer partnership, investigating injury and performance during load carriage in police and military populations.

I rejoined the University of Exeter in 2022 as a Lecturer in Biomechanics.