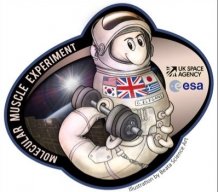 Microscopic worms are being used to test muscle loss in space

UK science will be launched into space to help tackle the effects of ageing, thanks to funding from the UK Space Agency, the Science Minister Sam Gyimah has announced.

The minister unveiled close to £3 million of new funding for the experiments.

Due to launch in 2021, two of the experiments will look at age-related muscle loss, while a third will look at new techniques for the production of materials and alloys in space with properties that cannot be obtained on Earth.

While age-related muscle wasting has a major impact on the quality of life of older people, the causes of the process are not fully understood. The UK’s ageing society is one of four grand challenges identified by the government’s modern Industrial Strategy.

The universities of Exeter and Nottingham will receive almost £450,000 to build on a study into spaceflight-induced muscle loss, which involves an experiment due to launch later this year when hundreds of microscopic worms will be flown to the ISS.

The worms, known as C. elegans, share many of the essential biological characteristics as humans and are affected by biological changes in space, including alterations to muscle and the ability to use energy.

Dr Tim Etheridge, of the University of Exeter, said: “We are excited about studying what causes muscle problems in space and hope that the launch goes up on time!”

Science Minister Sam Gyimah said: “This research will help those with muscle conditions to live longer, healthier, happier lives, and is a great example of our modern Industrial Strategy in action – transforming life on earth through out-of-this-world research.”

Spaceflight is an extreme environment that causes many negative health changes to the body and astronauts can lose up to 40% of their muscle after six months in space.

These changes are regarded as an excellent model for the ageing process in the body, and scientists can use the knowledge gained from studying changes in astronauts to better understand the ageing human body.

Dr Graham Turnock, Chief Executive of the UK Space Agency, said: “For 20 years the ISS has provided a unique laboratory for astronauts to carry out cutting-edge research.

“As we celebrate all that has been achieved over the last two decades this new funding puts UK academics at the forefront of future pioneering scientific research, allowing us to gain knowledge that will improve life on Earth.”

The University of Liverpool received more than £1.1 million to study age-related loss of muscle mass, using muscle cells grown in a laboratory.

The University of Strathclyde will receive almost £1.3 million to investigate how shaking a liquid in microgravity induces solid particles to accumulate and form highly ordered aggregates, instead of causing the floating particles to simply disperse. These experiments will lead to advanced contactless manipulation strategies for the production of new materials and alloys.